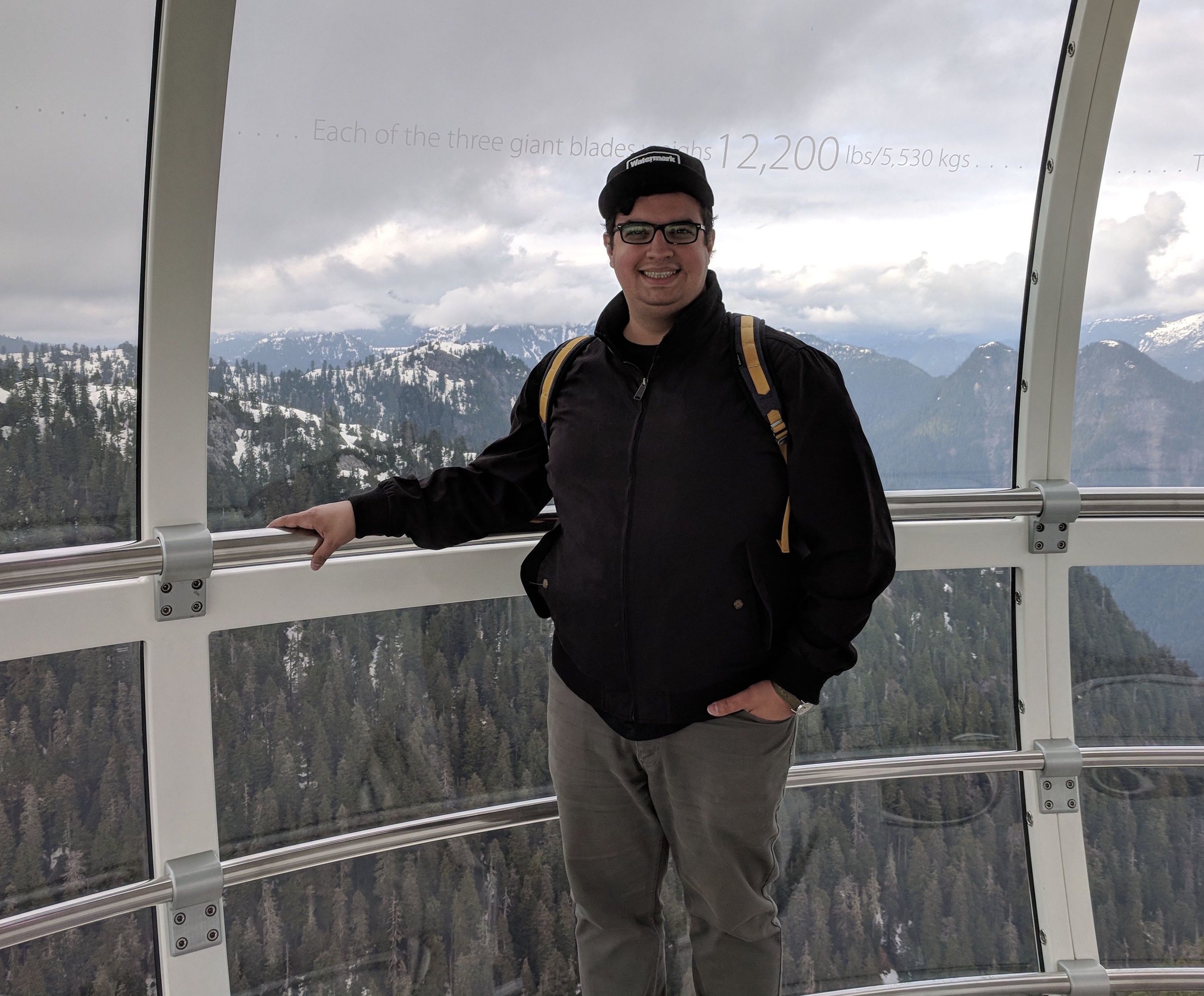 “I was living in a suburb of Cleveland, Ohio with my parents. It was sort of in this weird gap between college and me figuring out what I wanted to do.”

John Kachurek’s story is a pretty familiar one: after graduating, he found himself working part-time at an ice cream shop, hosting bar trivia a few times a week, and looking for a new direction. The narrative starts to shift the first time he hears about coding bootcamps, ultimately leading him to Portland and a web development job at Rexel.

Getting to The Software Guild

“I was working part time and hosting trivia and severely underemployed, kind of in a rut,” John tells us. “[One] of my good friends from college attended a bootcamp way out in California, then I found out a family friend also attended one out in California,” he says. “Both of them landed jobs out of them pretty easily (it seemed, at least, through social media), so that kind of put the idea in my head.”

He started looking into programming and teaching himself some basics, but for a year didn’t pull the trigger on enrolling in any bootcamps, wary that “oh it’s too good to be true, it’s a scam.”

He found the reassurance he needed while working at the Cleveland International Film Festival, where he met Kevin — a graduate of The Software Guild. Kevin was able to answer any questions that John had, including what the job hunt process was like.

“My biggest fear was: I have these two friends who attended [coding bootcamps] way out in California, and those worked out well for them, but how did this one here work out, you know? And so I finally had first-hand experience of someone who I trusted, saying ‘it was one of the best things I ever did, it turned my life around,’ all this good stuff. So he finally convinced me to pull the trigger, and the rest is history.”

When asked why he looked for financing from Climb, John’s response was: “Because I didn’t have any other way to pay for it.”

But he actually saw a couple different benefits to taking out a student loan to learn web development:

“It was pretty much the only option I had because as I said, I was working part-time at an ice cream shop and hosting bar trivia, so I wasn’t making too much money — not even enough to save anything … and it was actually kind of nice to get a loan like this and then actually get a good job out of it, because then I could start paying off something on time and improving my credit. So it’s actually been really helpful in rehabbing my credit.”

So, with first-hand reviews of The Software Guild and a “painless” process to receive financing from Climb, John was ready to start his coding bootcamp.

When it came to taking the coding bootcamp, John found that he wasn’t just learning the technical aspects of coding: “One of the key things is collaboration because it really encouraged working with other people … One of the other key things it did, that I’m not sure many other programs do very well, is trying to prepare you for a job environment.” They don’t treat projects like a class assignment, “they treat it as if you were freelancing for a client.”

And beyond what the curriculum offered is what the classmates offered. According to John, “there was this light spirit of competition with our group — I also think we just had a very good group of students that all got along pretty well, so we’re all lightly competitive enough to push each other to try and do stuff faster and better. And so that was a lot of fun doing code reviews and working together on different processes.”

Getting ahead of the job hunt

One of the reasons John chose to attend The Software Guild was the job opportunities for their students, which proved to be the case for him as well — he “had signed a job offer by the 11th week of the 12-week program.” In fact, he didn’t even have to apply to a job. According to John, “[The Software Guild] had really deep roots with a bunch of local companies, so they brought in these companies one day in the tenth week to just screen us … [one company] came in and did a preliminary interview, and they scheduled a second interview, and then I was hired.” And though it wasn’t where he ultimately wanted to stay, it was a “good first job.”

Now, he’s at Rexel as a front end developer, where he’s working on a couple different projects: a main project, an application that “helps retail stores in branches of the company track their relationships with customers … tracking all manner of sales.” And a secondary project, an application to help salespeople generate price quotes, save them, and get the quotes signed off on.

He doesn’t just stick to coding all the time, though. “I still will cover nights for other hosts here in Portland, so I still keep doing the hosting bar trivia,” John tells us. “That’s a lot of fun on the side … it’s something, to get paid to have a beer and talk to people. Life could be worse, you know?”

If John could go back and give himself any advice while getting into coding? First, “do it sooner.” Then, he tells us “I would have saved up more money before the program started, because I had to quit my ice cream job during the program. And so I had to pay for all my own gas out of just bar trivia money, which is not ideal.”

And finally, his advice for other people who are looking to get into it as well would be: “find some way to play around with code and learn the basics before you apply for any program because you want to know that that’s what you want. You want to know that you can stick with it, and I’m so happy I did that because it would have sucked to be halfway through the program and realize it wasn’t for me.”

Fortunately, John realized it was for him, and “the rest is history.”

Find and compare coding bootcamps near you

John is a client of Climb’s. However, he was not paid or otherwise compensated for this testimonial. This testimonial reflects the real-life experiences and opinions of John; however, it should not be assumed that all users will have the same experiences. Individual results may vary.

The quoted statements appear verbatim as given by the user, except for the correction of grammar and typing errors. Some testimonials may have been shortened or rearranged for the sake of clarity.