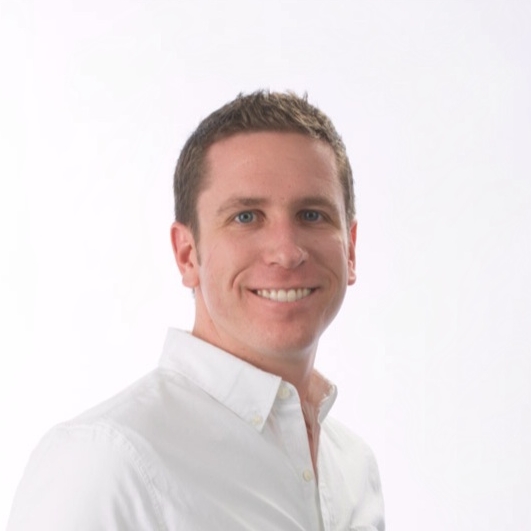 As part of his transition from education to engineering, David Sudia took a full-time, Climb-financed boot camp at Galvanize. Now, he’s a Software Engineer for Fanatics in Colorado. We were lucky to speak with David — check out our interview with him below!

Before you went to Galvanize, what were you doing?

Before I went to Galvanize I was a Special Education Teacher, and I was an Assistant Principal — I had been in education for about seven years before I decided to go into development.

So what sparked that career change?

I had a bachelor’s degree in marketing, and my master’s degree was in special ed. I had come out of my bachelor’s program basically right into the recession and was trying to figure out an alternative thing that I might want to do … I decided to get my master’s in special ed and work as a teacher. Then I decided I might want to move into leadership, so I took this Assistant Principal role with a charter school network … It was a very bad fit, so in November of that year I quit. So I’m in the middle of the school year, and that’s the worst time to be looking for a job in education … And also in September of 2015 I had my first kid with my wife — so I had a two-month-old, and and my wife really wanted to stay home with him for a while, and that was going to be basically impossible if I went back to education. I started again looking at what else might I want to do … I really like to do work that helps other people do their best, and I really like to do work that involves building systems and designing structures and ways that things will be done.  So I tried to take those values to look at whatever else could be done — and the last time I’d been looking for a career, boot camps hadn’t been a thing. I knew some HTML, but but I’d never really done coding … a thing for me was I really thrive in structured situations … And I also really thrive on project-based learning, like I need to know why I’m learning something. So to sit down and just teach myself to code never really worked for me … I never really had the motivation necessary, so all of a sudden I had the motivation, and here’s this classroom, it’s all project-based learning, the whole thing is very practical because the point of it is to get you a job. And so that really sounded appealing.

And then, while you were at Galvanize, what were some of the most valuable skills you learned?

The number one thing they told us coming in was, you’re going to learn some stuff here that may or may not apply to whatever job you get, and the main thing we’re trying to get you to do is a lesson in how to learn this. Because any job in development is going to require you to always be learning, so that was more the focus. ​They taught us JavaScript Full Stack, but it was really like here’s how you read documentation, here’s how you find information on this thing you don’t know how to do. Because you’re going to be always faced with stuff you don’t know how to do, whether it’s in this language or learning a new language, and that’s really proved to be true … And there will be people who can help you, but you’ve also just got to be able to figure it out.

Being able to adapt is definitely a valuable skill set! So after you graduated from Galvanize, what did your job search look like? 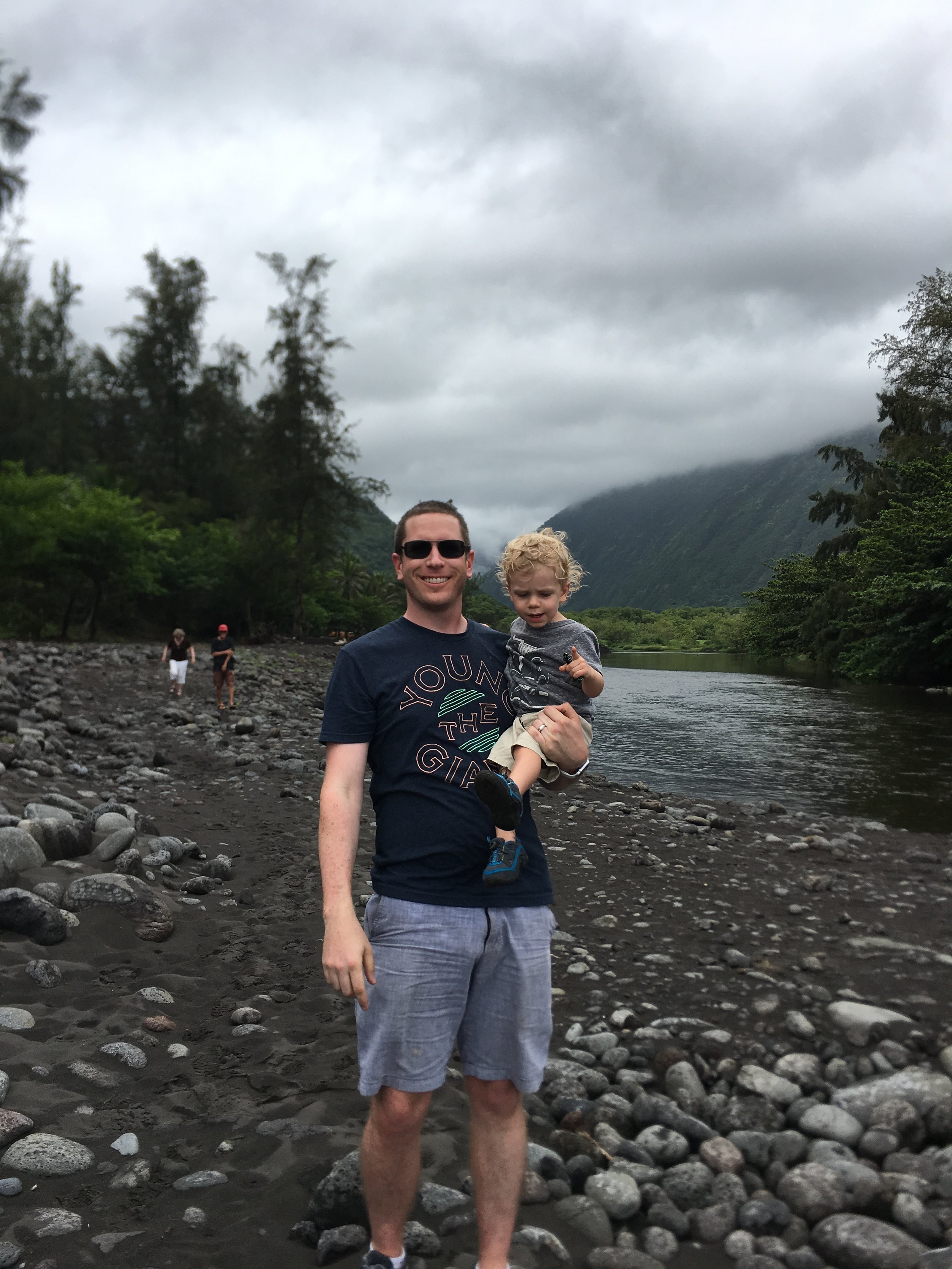 I accepted this job on our presentation day. I started applying for jobs halfway through the program, at three months … I kind of had a general sense of the kind of job I would want, so I started looking for those and applying. There were some Galvanize alumni who came in and spoke to the class, and they kept a list of everyone who’d come and spoken and where they worked. So part of my job search was I just went to that list and started looking at the companies and going to see if those companies had jobs available. One of them had a job available that was a junior- to mid-level Java programmer … And I’d done a bit of Java, so I applied to this job. I contacted the Alumni person, and he referred me, so I got a call from the Senior Engineering Manager for the team … In the end I didn’t get that job, but he [suggested some skills I’d need to get] a contract. Now I had a road map … For my final project, the application itself was not that much more complex than anything else we’ve done, but the architecture was much more complex. It used [the skills the Engineering Manager recommended], so when I applied for the job I have at Fanatics, a couple months later one of my co-workers said, “you know we almost thought that you had been coached on buzzwords to say because you had everything we were looking for…” So I had the job on graduation day, and I sort of stepped into a mid-level position … I was able to convince them to take me on into that because three months earlier someone had said “if you want this kind of position, you need these things.” And the only reason I had the courage to start applying for those jobs is that our career counselor said to work on your resume early, apply to jobs early.  it wasn’t my own idea … Those of us who were really proactive about that got hired early … So the career counseling that they had was good. It was a worthwhile investment because I think my tuition to the program after that discount ended up being nineteen thousand dollars, and then of course there’s the interest of the loan over time, but I ended up coming out making twenty thousand dollars more than the vice principal job I had left, into my first job. So it was worth it. It essentially paid for itself.*

"I ended up coming out making twenty thousand dollars more than the vice principal job I had left, into my first job. So it was worth it. It essentially paid for itself."

Circling back to the payment of the program then, when you were applying and seeing how much tuition was, what made you decide to get a loan from Climb?

Well I think you were the official partner, but it’s also both ways — in trying to explore this market of boot camps and stuff, I think that part of choosing Galvanize was some marketing from Climb, which was that you guys only make money if we all get jobs. And you know I must have read at least seven or eight articles about the market of all these boot camps … and there was something that I was reading about Climb, that you only provided loans for these boot camps on the premise of these are the ones that have the highest job placement.* I picked Climb because you guys [finance] for Galvanize, but the other piece of it was I chose Galvanize partially because you guys were choosy lenders, and one of the places you chose to lend for was Galvanize.

Do you think you would have been able to pursue your education at Galvanize without financing?

No, not at all. We just had a kid. We were both teachers, so that had burned through all of our savings. I mean I had to get the $2,000 down payment for Galvanized floated from my parents until the tax return came in April. So without the financing it would have been impossible.

And finally, if you could go back and give yourself any advice while applying, what would that be?

I think just taking time … I was doing the take-home code exercise for Galvanize, as I was doing the Codecademy course [at the same time] … It was really frustrating because I didn’t know enough, so I would bang my head against the wall for three hours on the take-home thing, and then I’d do another level of the Codecademy course and go “oh hey, this would be really useful. There’s the kind of thing I need here…” It’s a lesson that continues: even in my work now, just slow down and go back to doing the simple thing or really learning the thing you need to do, instead of just diving right in and trying to slam through something that you may not be fully prepared for.

Check out David online at these links!

Find and compare programs near you

David is a client of Climb’s. However, he was not paid or otherwise compensated for this testimonial. This testimonial reflects the real-life experiences and opinions of David; however, it should not be assumed that all users will have the same experiences. Individual results may vary.

PrevPreviousIndustry Spotlight: Getting an Education in Heavy Equipment Operations
Next9 Tips to Avoid ProcrastinationNext