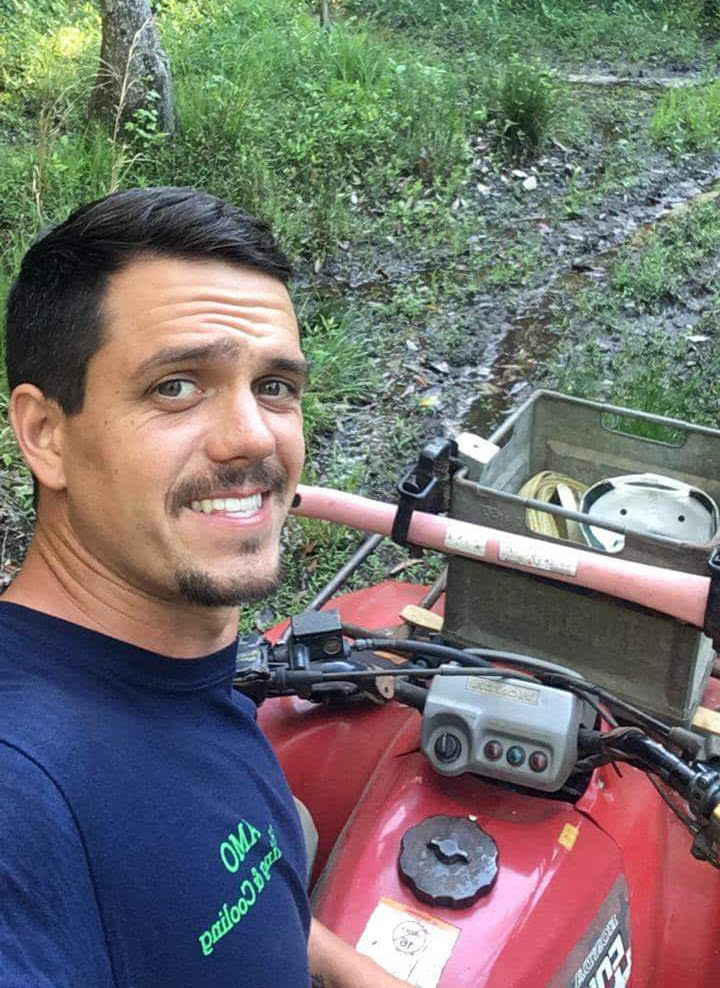 From working an office job and getting his MBA to working as a car salesman and then a seasonal worker grading peanuts (that last job in particular will be important later), Elliott Jones certainly had a varied path that led him to his current role at Koppers. But before we get there, we’ll need to explain how he came to attend Heavy Equipment Colleges of America in Alabama and get his Crane Operator certification.

According to Elliott, he’d always been interested in heavy equipment and construction: “I’d been looking for a trade — I got involved in construction even before that, but had gone to college and had the office job and blah blah blah, and I thought ‘you know this sucks. I don’t like an office job. It’s not me.’” It may have been a “good job” in the conventional sense, but it wasn’t a passion.

Then, when his father passed from lung cancer at age 49, he thought to himself, “you know what? I’m not going to spend my life doing something I don’t necessarily enjoy because it’s a ‘good job.’”

This was the catalyst that set him out to find work he was passionate about: “it was probably the first decision I made that was based solely on what I wanted to do, where I wanted my life to go,” Elliott said.

And as he lived in Dothan, Alabama, where a Heavy Equipment Colleges campus is located, the fact that there was a college offering certification in just those sorts of things really piqued his interest.

Of course, it still wasn’t a straight shot from the office to the construction site. “I kind of limped along,” Elliott said, “I moved back home, and then I got a job in retail and did that for like a year. I got my MBA, whatever that’s worth … It’s hard to find a job with just a degree. I know; I have two.” By the time he was working as a car salesman, he ended up inheriting his father’s house. As Elliott described it, it was “a little two-bed, one-bath that was in pretty bad shape, but … hey, it’s not worthless — even if it is all beat up and not so good … I’ve never done a whole lot of construction, but that was how I got started, was that house.”

It was also through that house he came to his first paying construction job — and though he enjoyed what he was doing, he found that the position stagnated, and there wasn’t much further he could go. So he made another decision and started trying new jobs again, from installing doors to air conditioning and finally to a seasonal job he found at a job fair, grading the quality of peanuts for the state. (Don’t forget, that one’s important.)

Across the road from this job, there was a construction project going on. One morning, while he was talking outside with his supervisor, she noticed him watching the site and commented on how he must really like that sort of thing. “Yeah,” he said, “it’s just amazing how those machines are so powerful, what they can do with them.” So she told him, “well you need to go check out that college. 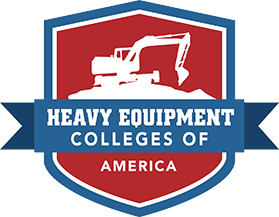 He made an appointment to talk to a recruiter at Heavy Equipment Colleges and ask about their programs. As the recruiter went over the program options, he said to Elliott, “let me ask you, do you want to stay here, or do you want to go make some money?” And Elliott said to him, “I wanna go make some money!” So, after doing some further market research, he decided on the Crane Operator certificate — he saw that crane operators were in demand and highly specialized, even on the brink of requiring an OSHA-mandated NCCCO card (many states already require it).

Now this is where Climb came in, to help with the financing. Elliott did his research, calling various places to see what his options were, and was told he needed someone specialized in tuition assistance. According to him: “Climb came and in gave me a good rate — of course I’ve got good credit, and that helps … The big thing was, I needed that check, so that way I could actually go to school.”

At this point he was well on his way, but he still needed to cover an initial deposit for the program. The recruiter told him about scholarships from a company called Telamon. Oddly enough, there was a scholarship for seasonal agricultural workers. (Remember the peanut grading job? Told you it was important.) So with a stroke of fate Elliott described as “divine intervention,” he had a scholarship to go with his financing, and he was ready to attend Heavy Equipment Colleges of America.

His post-program job hunt did take a few months. During this time, Elliott realized he also needed a Commercial Driver’s License (CDL) certification to get the Crane Operator jobs he wanted. But it turned out there was a truck driving school right around his house, and they happened to be running a special for discounted tuition.

Then, in the words of Elliott, “That was it. I was on my way back from the driving test, and I called my company I work for now, Koppers. And [they said] ‘oh, you got your CDL? Let’s set up a phone interview Friday.’ That was pretty key, having a commercial driver’s license.” By February 23, he was on a plane to Madison, Wisconsin — the company works on bridges for railroads, so they go from bridge to bridge. Elliott went to Madison, Wisconsin first, where he stayed about five days. He then went to Vincennes, Indiana and to Decatur, Illinois. Currently, he’s back in Vincennes.

He’s getting used to the new position, and he’s definitely enjoying the work: “that’s super fun. I’m just ecstatic. It’s so fun. I drive this humongous truck with a hydraulic crane on the back of it, pick up everything, it’s not a day at the office, I tell you.”

Having been paired with a mentor through his company, he’s found that he learns more and more every day even beyond the crane operating experience and certification he received through Heavy Equipment Colleges.

And has he found the sort of work he can see himself doing for the long term? “I am planning on sticking with that for the long haul. This is super interesting, and there’s a lot of money in it … it took me about $15,000 and six weeks of my life to get my education. Now I’m making $28.25 an hour plus overtime and benefits. I expect to pay it off within six months and live comfortably while I do it.* That is a whole lot better than your standard four-year degree.” In fact, in a moment of serendipity that confirmed he’s doing what he’s meant to do, he showed up to work on his first day in the field, at sunrise. And as he waited for his mentor to come out, he realized the crane had “ELLIOTT” painted on the side of the boom — apparently, Elliott is the name of a crane brand.

“At the end of the day, it’s about the lifestyle you want to live. It’s a dream come true for me. The pay is great sure, but I love my job. I get to drive a huge truck. I got to operate heavy machinery. I can wear and say pretty much whatever I want. My skill set is transferral to basically anywhere in the world.”

Elliott is a client of Climb’s. However, he was not paid or otherwise compensated for this testimonial. This testimonial reflects the real-life experiences and opinions of Elliott; however, it should not be assumed that all users will have the same experiences. Individual results may vary.

The quoted statements appear verbatim as given by the user, except for the correction of grammar and typing errors. Some testimonials may have been shortened or rearranged for the sake of clarity.

PrevPreviousClimb Credit: Our Mission
NextHow to Choose a Coding BootcampNext