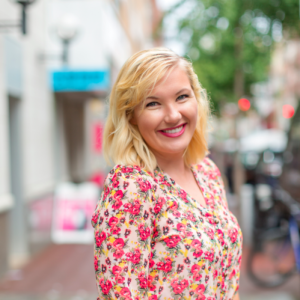 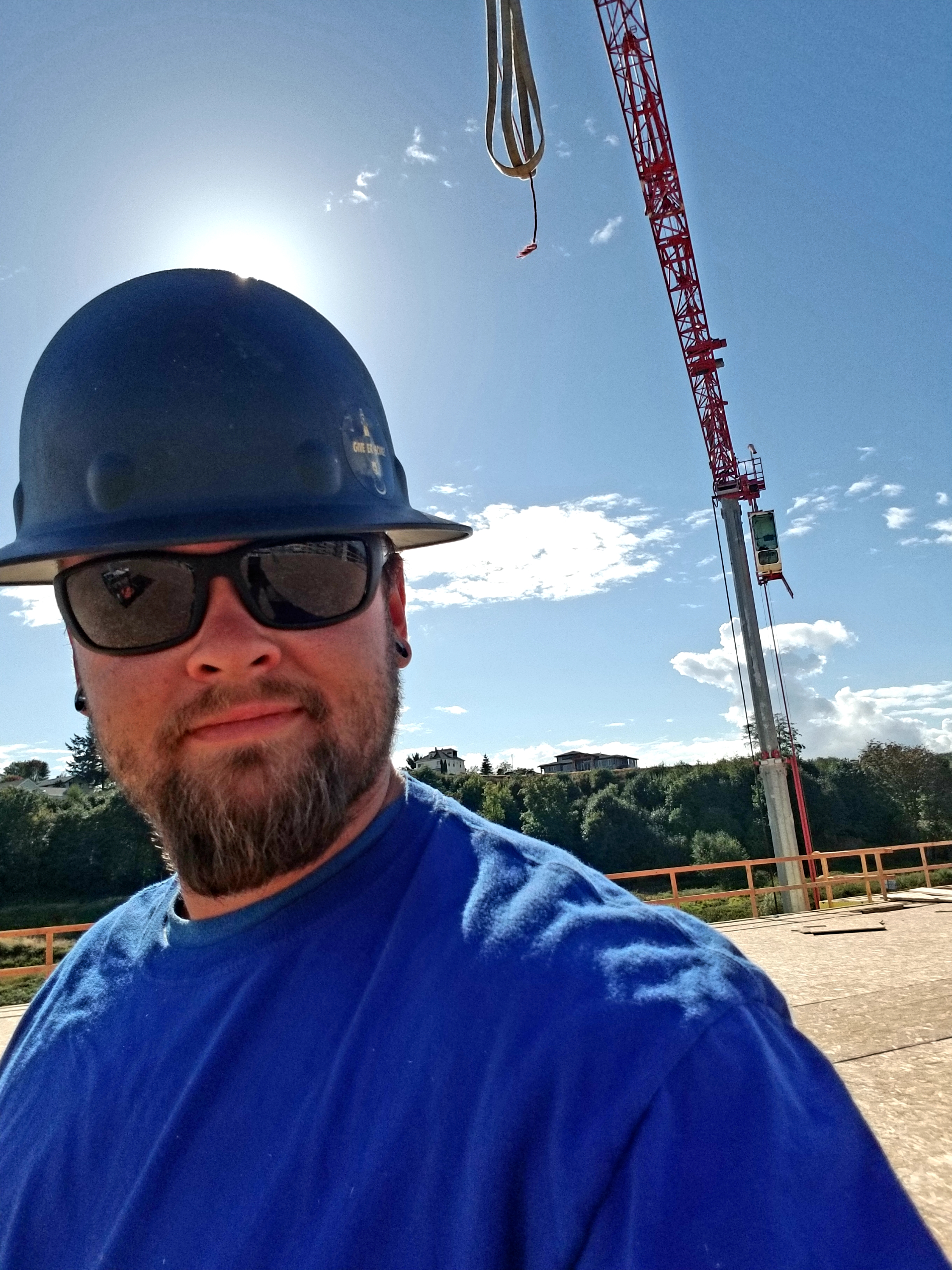 After working as a millwright, combo-welder, and pipe-fitter for 9 years, Jake decided to switch careers and become a Tower Crane and Mobile Crane Operator to better support his family. Read about his career transformation below, and see how a 2-month program and a Climb loan made the career change possible!

Jake was interested in operating heavy equipment from a young age:

“I’ve always been a good operator — in childhood, my dad would throw me on equipment at seven or eight years old, and I’d be running it efficiently … I always wanted to be a crane operator, because I knew it paid well and it’s something I enjoy doing — and it was an opportunity so that I could provide better for my family.”

He worked as a Millwright, Combo-Welder, and Pipefitter for 9 years, but he didn’t see much room for growth in the career:

“It wasn’t going in the direction I wanted it to … and I kind of topped out on my pay scale … I was doing it for a long time, and the company would bring in people that didn’t know as much as me and pay him $12 more an hour and wouldn’t give me a pay raise.”

He had been looking into heavy equipment schools, and visited West Coast Training three years before attending!

“It was fairly close to me — only about thirty minutes away — and every time I looked it up, I always heard good reviews about the school. Then about two or three years prior to starting (I started saving three years prior to going to school, to try and save up the down payment and enough money to pay my bills) I went there, saw the school, and I liked it.”

Before starting at West Coast Training, he had to get the financing to attend:

“I thought I would go pay them the down payment and just pay the school, and then they told me it didn’t work that way. They had to have the funding secured before they could actually position me in the class. And then they told me about you guys [Climb].”

With a quick application, he was on his way!

“It actually was pretty quick. I just went online like they said, I gave you guys my information, and I think within a day or two I had the answer.”

The 2-month program gave Jake all of the tools he needed to land a job right after graduation.

“I only did their crane program, which was 2 months. I did their mobile crane, and then I did their second portion, which was power crane and advanced lifting tactics … all of the crane instructors were absolutely amazing, like hands-down top-tier, and it made it awesome…

The one teacher who stood out the most to me is named Trevor Broten … I’d come up to him with any question and boom, he knew the answer. I can’t think of one thing I asked him that he didn’t know. He was awesome, and he helped me get this job that I have right now.”

“It was honestly the best decision I ever made. It’s given me the tools to provide better for my family.”

Not only did West Coast Training place him in a job right out of school, but he can also take advantage of their ongoing career placement.

“That’s one thing that’s really nice about West Coast also: No matter how long you’ve been out of school, they have a list of employers looking for crane operators. Any time I’m out of work, all I have to do is make one phone call, and I can get information to apply for jobs…

That’s how I’ve gotten every job so far — when I got laid off in the last one, I didn’t even call them, they called me for this job because they knew I was an exemplary student. They called me about this tower crane job, and I didn’t even ask for it.” 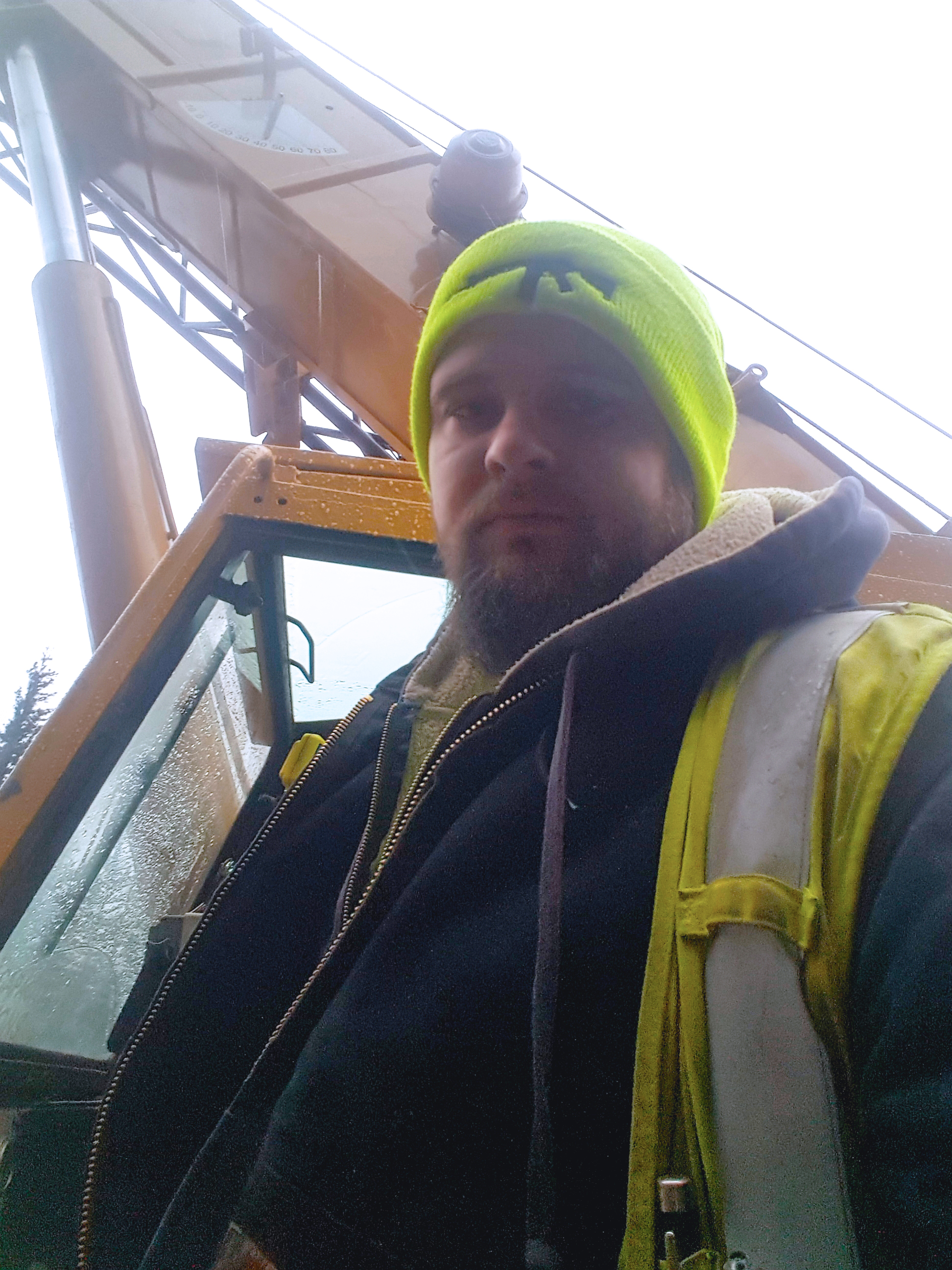 The work he has right now is a long-term project that pays him well!

“Right now I work for Point Ruston, LLC — I’m a tower crane operator for them. We’re building a bunch of big, multi-million dollar bay-front condos … this is a 10-year project … they’re building pretty much a small town; It’s absolutely huge.

It’s got its own movie theater, plastic surgeon, gym — it’s all retail underneath, and it’s multi-million dollar condos, so it’s a very well-paying job and is going to last a long time.”

Looking back, he had some advice that he’d share with anyone thinking of taking a full-time career-switching program:

“I’d probably try and save a little bit more money for during the program … because my budget was very stringent while going through school, which kind of distracted me. I was still a really good student, but I wish I would have had a little bit bigger of a budget so that’ve been one less stress on me while I was going to school.”

When all was said and done, Jake was very happy with his career switch and the training program:

“It was honestly the best decision I ever made. It’s given me the tools to provide better for my family. I make substantially more money now, and I don’t physically work as hard — I mean, I still work hard, but it’s not as physically demanding as my other jobs.”*

Jake is a client of Climb’s. However, he was not paid or otherwise compensated for this testimonial. This testimonial reflects the real-life experiences and opinions of Jake; however, it should not be assumed that all users will have the same experiences. Individual results may vary.