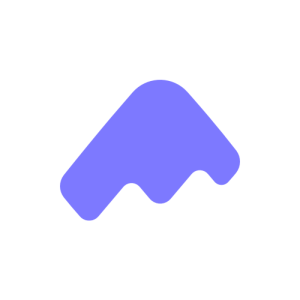 How Trucking Schools Have Adjusted to COVID-19

Since the hit of COVID-19, school owners have been forced to deal with the uncertain reality and future of their students. Truck driving programs are among the industries most heavily affected, even despite the increasing demand for transportation drivers.

Due to the stay-at-home orders across the nation, state driver licensing agencies (SDLA) in almost two dozen states shut their doors — barring prospective truck drivers from not only being able to receive their permit to train, but to also test for their Commercial Drivers License (CDL). Many students found themselves nearing graduation and unsure how long it would take before they could receive their license and start looking for employment.

Not soon after, the Federal Motor Carrier Safety Administration (FMSCA) announced that they will be administering a waiver that allows examiners to conduct the CDL skills test without physically being in the truck.

Truck driving programs have had to pivot operations to ensure safety measures are met, including limiting the number of students per class, equipping every driver with hand sanitizer and gloves, and strictly enforcing safety guidelines when training for their permit. Some schools set up the curriculum to be online when the student is studying the permit part of their instruction. Others have utilized technology to offer a driving simulator that closely mimics the practical portion of the road test during the student’s theory portion of the exam.

As I talked to one truck driving company with over fifty locations nationwide, they claimed to have seen a surge of student applications and enrollment since the pandemic began. One of the factors to which they attribute this increase in student enrollment is the rise in unemployment — which has impacted millions of Americans since March. The surge of applications may show no sign of slowing down, especially as the demand for truck drivers will continue to rise as some states begin to roll back reopening the economy.

The trucking industry continues to seek ways to capture and employ more students as we continue to live in the uncertainty of the pandemic. One of the perks of the profession is the social distancing that already exists within the nature of the job. Even more so as more businesses and delivery services offer “contactless deliveries” to their customers.

Transportation workers have been recognized as “critical workforce” by the U.S. Department of Homeland Security, and there is no doubt that CDL drivers will continue to be needed as we face the possibility of a second wave.

With so many Americans unemployed and unsure as to when they will be re-entering the workforce, a CDL certification provides a solution to earn steady income. The transportation industry was already in need of many workers, and that demand will likely continue to increase as the pandemic continues to keep people out of work.